by THE PAPER TRAIL 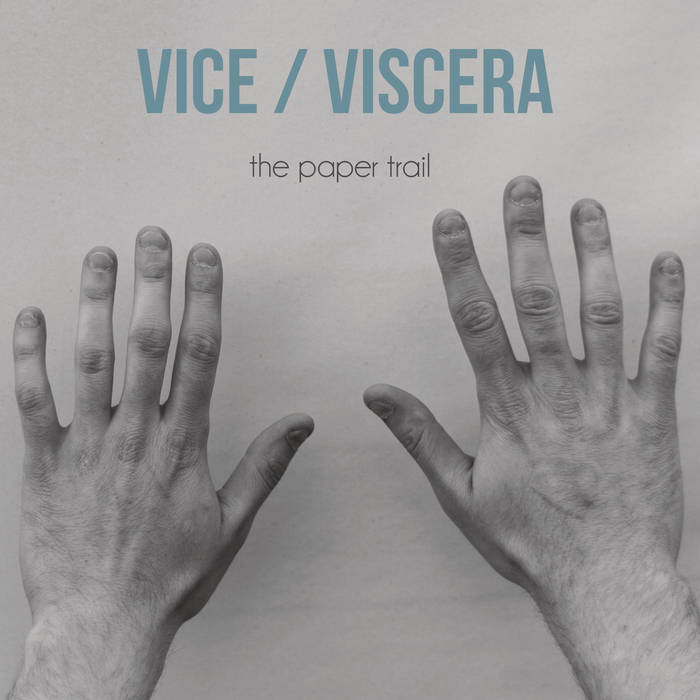 Alastair Hampton One of the best albums 2017 had to offer, there are many heartfelt songs to be found here with fantastic lyrics and composition. Favorite track: it's about you..

'Vice / Viscera' is a collection of songs recorded during the period from 2009-2017 by James Davidson, in the many renditions of his bedroom studio, in Miami, Connecticut, and Los Angeles. Some parts were recorded in the back of a minivan outside The Space in Hamden, CT.

'Vice / Viscea' has been a labor of love. It's been mixed no less than 4 times by 4 different people, and in the end it turned out that I'm far too difficult to work with, so here lives my version. Billy, Jon, etc, thank you for giving it a whirl. Sorry I'm the worst.

Honestly, I've been so terrified to release her. These songs are far more poetry than pop music, to me. They say a lot, every little guitar part was considered, ever layer agonized over. When I tell people the hours into this record, they look at me like I'm crazy and I look at them in agreement. Truth is, I largely did this for myself, but I really hope this finds you one day. I hope that the people that came into my life and inspired these songs hear them and say, 'hey that's about me', because it is. It's about you. and I couldn't have done it without you.

I love you. I miss you. I hope you're doing ok.

Along with you, yes you, I'd like to formally dedicate this album to my departed grandparents - Jean Bertoldi, Alfred Bertoldi, Julia Davidson, and James Davidson. 3/4 of whom were alive when I started recording this record. It pains me, every single day, that I was too human for you to ever hear it.

still slow-dancing on the inside, wishing you knew you are why I write.

Track 12, "I am angry at my god.", features a quote, spoken by Julianne Moore, from the movie 'Children of Men', directed by Alfonso Cuaron, and appears (hopefully) courtesy of Universal Pictures.

Hi, my name is James and this is The Paper Trail.

Bandcamp Daily  your guide to the world of Bandcamp

Featured sounds by K.Spark and WIZDUMB, plus Basi joins the show to discuss his latest release.